This lustrous stoneware vessel is a ewer, or pitcher, dating to the early 1100s, during Korea’s Goryeo dynasty.

It was probably used for wine, which may have been warmed by placing the ewer in a matching bowl of heated water.

Many ewers from the Goryeo period were modeled after round natural forms like melons and double gourds. This ewer’s cylindrical body, sharply angled flat shoulder and looping flat handle seem, by contrast, to emulate a metal vessel. The lid takes the form of a double lotus with a jewel element on top.

The ewer’s color is called celadon, which is created by a glaze that includes iron oxide. The unique color was obtained by experimenting with the right combination of iron in the glaze, high kiln temperatures and reducing the oxygen in the kiln during the firing process.

Believed to have first been made in the second half of the 800s, celadon has always been highly valued. In 1123, an emissary from the Chinese imperial court praised its forms and jade-colored glaze. In the 1200s, celadon was regarded as “the first under heaven.” Today, connoisseurs around the world continue to treasure Goryeo celadon as among the most precious items created by Korean artisans.

Find out more about traditional Korean celadons with this video from our Education team. Ritual Vessel in the Shape of a Rhinoceros
China 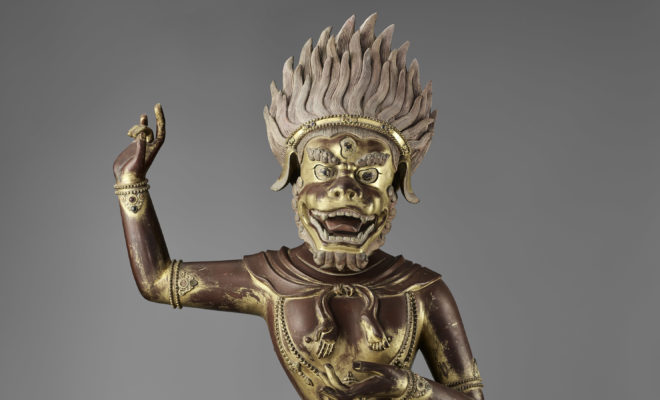